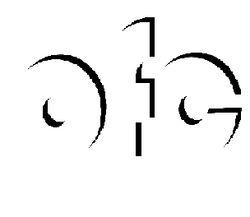 1 John 5:4  He that believes in Jesus Christ overcomes the world by his faith

Overcoming Faith Christian Centre was founded 40 years ago, August 1982, by Pastor Harry Dreher and his wife Laurie.  Harry was hungry for teaching in the Word of God and knowledge of how the Holy Spirit moves so they packed up their two young children and went to Tulsa Oklahoma to attend Rhema Bible Training Centre.  After returning to his hometown of Prince George fHarry sensed God told him to start a local church.  The congregation did not have their own building until 25 years later when they felt it was time to build a church. The property had been purchased a number of years earlier at 4520 Wheeler Road, but all that existed on the property was the church manse, a small building used for mid-week program. When it was evident that no banks were going to lend OFC the money needed to build a church, the leaders sensed to go ahead anyway and believe God totally for the needed finances to start the first phase. The pastors informed the church that there was going to be a special church service to raise money for the initial construction. At the time, the church attendance was only 50-70 people but during this church service, over $120,000 came which was exactly enough to get the church to the lockup phase. Never before had there been such a financial miracle. The Lord did it with just a faithful few sacrificially working and giving far above what would be expected.  The present building was built around three old school portables and this has continually shown us that God can take a little and turn it into a lot. The church building held its first service April 2006. and now we are a thriving, living community of believers and the building is completely paid for.  A lot has changed around us, but we remain a church that is focused on building faith, love and obedience into the lives of the people through both the powerful Word of God and the Spirit of God in our midst. We believe in miracles and in a mighty God that still heals physically, emotionally and spiritually. We have been building a medical centre in the western part of Uganda which is almost finished, and when finished we hope to send medical and evangelical teams to that part of the world. We also have other hands-on initiatives in Kenya and northern Uganda and  Ukraine. Overcoming Faith Christian Centre is a wonderful testimony to God’s faithfulness and that He is more than able to do infinitely more than we could ever imagine or dream.  So come and dream with us as we extend the kingdom of God to our beautiful city of Prince George and around the world with our missionary endeavours.

"These three things remain. Faith, Hope, and Love.
The greatest of these is love."

the bible is our guide for every aspect of our life

Where are we located? 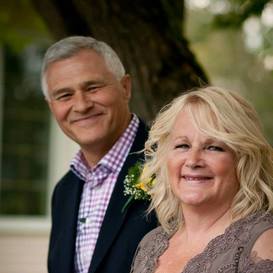 Contact Harry
Founding Senior Pastor-Harry Dreher
Harry has been the senior pastor of OFC for almost 40 years. He brings much wisdom, passion, and a dedication to everything he does. Laurie has been serving faithfully at his side by taking care of much of the creative design, administration and teaching of God's word  which is her main passion.  They have five children: Jordan (Jason), Paul (Jody), Becky (Jason), Leigh and Mattie (Doug).  They have helped them in every aspect of the church operation from music ministry to nursery since the very beginning.  The Dreher's are also focusing on additional missions activity in Ukraine, Kenya and Uganda.  Our local church raised finances to build a medical clinic 3 hours from Kampala with Pastor Ron Vanin overseeing the project.  It is almost finished and it is our dream that it will also be home to a bible school and a Christian radio station.  It is already supplying clean water to the village community.